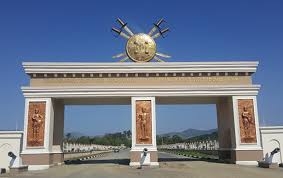 ANGLO-MANIPUR WAR: The Anglo-Manipur War was an armed conflict between the British Empire and the Kingdom of Manipur. The war lasted between 31 March – 27 April 1891, ending in a British victory. Contents: 1 Background 2 War 3 Legacy Background: Lieutenant CJW Grant, during the action at Thoubal, on 1 April 1891. The kingdom of Manipur wa...
Khongjom

ANGLO-MANIPUR WAR: The Anglo-Manipur War was an armed conflict between the British Empire and the Kingdom of Manipur. The war lasted between 31 March – 27 April 1891, ending in a British victory. Contents: 1 Background 2 War 3 Legacy Background: Lieutenant CJW Grant, during the action at Thoubal, on 1 April 1891. The kingdom of Manipur was founded in 1110 A.D. by Loiyumba a ruler of Meitei origin, the kingdom occupied the area of modern-day Manipur.[5] By the beginning of the 19th century Burma became increasingly involved in the affairs of neighboring states. Following the death of Manipur king Bhagyachand, his son Chourjit Singh assumed power. Unsatisfied with the succession Chourjit's brother Marjit Singh launched a failed revolt, later fleeing to Burma. Burmese emperor Bawdawpay seized the opportunity invading Manipur in support of Marjit Singh's claim to the throne. In 1819, Burma annexed Manipur ending Marjit Singh's six year rule, as he led the majority of the population to Cachar. Burmese troops then pursued a campaign of ethnic extermination against the Meitei, reducing Manipur's population to approximately 2500 people. The fall of Manipur opened the way for further successful campaigns in Arakan, Assam and the Brahmaputra valley. The dissolution of the above neutral kingdoms created a direct threat for British holdings in Bengal. On 5 March 1824, Britain declared war on Burma after discovering Burmese plans of attacking the Sylhet district of Bengal. British official David Scott created a force consisting of 2,000 Manipuri refugees, after assuring prince Gambhir Singh of restoring Manipur's sovereignty. The so-called Manipur Levy expelled the Burmese troops from Manipur, on 24 February 1826 Burma and Britain signed the Treaty of Yandaboo, restoring Manipur into an independent state. In the following decades, Britain attempted to gain a foothold in Manipur state affairs by sending a number of political agents. Rising political instability, culminated in the aftermath of Maharajah Chandrakirti's death. On 21 September 1890, prince Kulachandra Singh led his brothers in a revolt against reigning Maharaja Surchandra dethroning him. Surchandra filed a complaint to Viceroy of India Lord Landsdowne, who in turn dispatched 400 Gurkhas under the command of J.W. Quinton, aiming at arresting the conspirators. On 22 March 1891, Quinton reached Imphal requesting the extradition of the coup's main instigator Tikendrajit and the abdication of Maharajah Kulachandra, Quinton's appeal was declined. The following night British troops launched a raid on Tikendrajit residence within the Kangla Palace but were quickly surrounded by Manipuri troops, a large number of civilians were killed in the incident. Quinton then held talks with Kulachandra, expressing his intent at ceasing all hostilities and returning to Kohima. Kulachandra and Tikendrajit perceived Quinton's assertions as an act of deception, Quinton was detained and beheaded along with four other British officers on 24 March 1891. Two British officers were also killed during riots in Mayangkhang. On 27 March 1891, news of the executions reached the British. Colonel Charles James William Grant took the initiative organising a punitive expedition consisting of 50 soldiers of the 12th (Burma) Madras Infantry and 35 members of the 43rd Gurkha Regiment, Grant's column left Tamu, Burma the following day. War: On 31 March 1891, the British Raj declared war on Kangleipak, expeditionary forces were assembled in Kohima and Silchar. On the same day, the Tamu column seized Thoubal after ousting an 800-man Manipuri garrison. On 1 April, 2,000 Manipuri soldiers accompanied by two guns laid siege to the village, Grant's troops repelled numerous attacks during the course of nine days. On 9 April, the Tamu column retreated from Thoubal in order to join the other columns, after being reinforced by 100 rifles of the 12th (Burma) Madras Infantry. Kangeilpak forces suffered heavy casualties during the engagement while the British lost one soldier dead and four wounded. The Kohima column was launched on 20 April, encountering no resistance apart from coming under rifle fire four days later. On 21 April, the Silchar column reached Thoubal, the next day the Tamu column clashed with Meitei troops outside Palel, after the later pursued the British troops, the Meitei were once more pushed back. On 23 April, British scouts encountered 400 Manipuri soldiers on the Khongjom hillock in the vicinity of Palel. 350 infantrymen, 44 cavalry and 2 guns mounted an assault on the remainder of the Kangeilpak army. Hand-to-hand fighting ensued, 2 British soldiers were killed and 11 were severely injured, while the Manipuri lost over 128 men. On 27 April 1891, the Silchar, Tamu and Kohima columns united, capturing Imphal after finding it deserted, the Union Jack was hoisted above the Kangla Palace, 62 native loyalists were freed by the British troops. On 23 May 1891, Tikendrajit Singh was detained by British authorities On 13 August 1891, five Manipuri commanders including Tikendrajit were hanged for waging war against the British Empire, Kulachandra Singh along with 21 Kangeilpak noblemen received sentences of property forfeiture and lifetime exile. Manipur underwent a disarmament campaign, 4,000 firearms were confiscated from the local population. Legacy: British participants of the Manipuri expedition received the North East Frontier clasp for the India General Service Medal. Colonel Charles James William Grant also received the Victoria Cross, for his actions during the battle of Thoubal. August 13 is commemorated yearly as "Patriots Day" by the Manipuri population, with celebrations to honour the Kangeilpak soldiers that lost their lives during the war. Tikendrajit Singh's portrait is included in the National Portrait Gallery inside the House of the People in New Delhi. April 23 is also celebrated as the "Khongjom Day", marking the occasion of the battle of Khongjom. #History
Read more
loading.....

Origin of the Meiteis - Part 1 - By: Dr J Rimai The Land According to the literature review, Manipur was an independent kingdom before the colonization by the British Empire (Singh 2004, 4). However, the extent of the so-called Manipur border is in debate. Some scholars believe that it reached Kabou Valley in Myanmar (Burma) in the east, the Chinese territory in the north, and the Ahom kingdom of Assam in the northwest (Singh 1987, 2-3). This is challenged by the Nagas who inhabit the hills that surround the valley of Manipur. The Nagas say they were never under the rule of the Meitei kin Learn More... 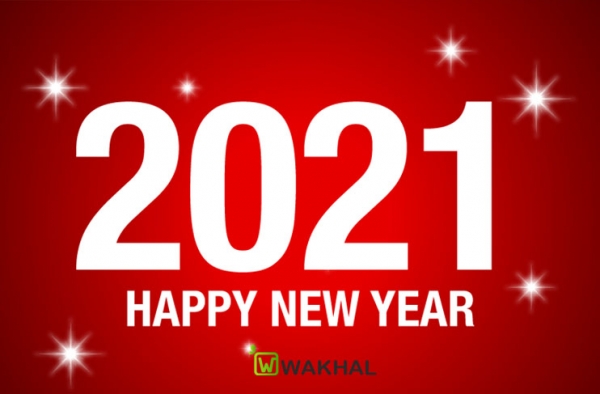 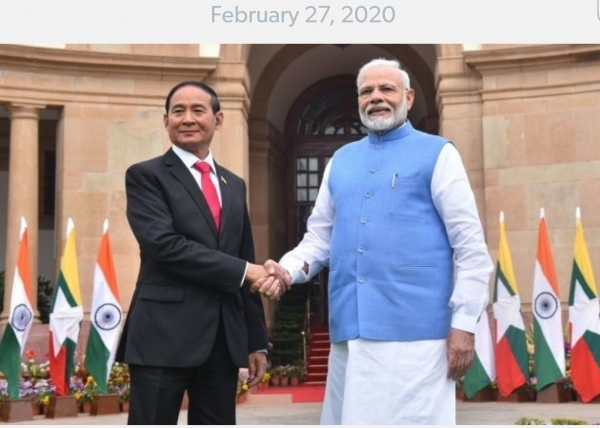 India-Myanmar Joint Statement during the State Visit of the President of Myanmar to India 1. At the invitation of His Excellency Shri Ram Nath Kovind, President of the Republic of India and Smt. Savita Kovind, the First Lady, His Excellency U Win My Learn More...